The government in Pakistan is composed of the executive, legislative & judicature branches 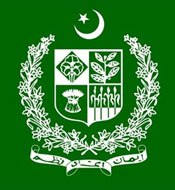 The Prime Minister of Pakistan is the Head of Government of Pakistan and designated as the Chief Executive of the Republic, who leads the executive branch of the government, oversees the economical growth, heads the Council of Common Interests as well as the Cabinet, and is vested with the command authority over the nuclear arsenals. He is also a leader of the nation who has control over all matters of internal and foreign policy.

The bicameral federal legislature consists of the Senate (upper house) and National Assembly (lower house). According to Article 50 of the Constitution, the National Assembly, the Senate and the President together make up a body known as the Majlis-i-Shoora (Council of Advisers).

The President of Pakistan 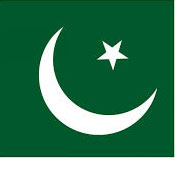 The President of Pakistan is the ceremonial Head of the State and a figurehead who is a civilian Commander-in-Chief of the Pakistan Armed Forces as per the Constitution of Pakistan and a leader of the nation.
The President is kept informed by the Prime Minister on all the matters of internal and foreign policy as well as on all legislative proposals. Constitution of Pakistan vest the President the powers of granting the pardons, reprieves, and the control of the military; however, all appointments at higher commands of the military must be made by President on a “required and necessary” on consultation and approval from the Prime Minister. In addition, the constitution prohibits the President from exercising the authority of running the government.

The Senate is a permanent legislative body with equal representation from each of the four provinces, elected by the members of their respective provincial assemblies. There are representatives from the Federally Administered Tribal Areas (FATA) and from Islamabad Capital Territory. The Chairman of the Senate, under the constitution, is next in line to act as President should the office become vacant and until such time as a new president can be formally elected.
Both the Senate and the National Assembly can initiate and pass legislation except for finance bills. Only the National Assembly can approve the federal budget and all finance bills. In the case of other bills, the President may prevent passage unless the legislature in joint sitting overrules the President by a majority of members of both houses present and voting. Unlike the National Assembly, the Senate cannot be dissolved by the President.

Although the vast majority of the members are Muslim, about 5% of the seats are reserved for minorities, including Christians, Hindus, and Sikhs. There are also 50+ special seats for women now, and women are selected by their respective party heads.

The Judiciary includes the Supreme Court, Provincial High Courts, District & Sessions Courts, Civil and Magistrate Courts exercising civil and criminal jurisdiction. Some Federal and Provincial Courts and tribunals such as Services Court, Income Tax & Excise Court, Banking Court and Boards of Revenue’s Tribunals are established in all provinces as well.

The Federal Shariat Court (FSC) of Pakistan is a court which has the power to examine and determine whether the laws of the country comply with Shari’a law. It consists of 8 Muslim judges appointed by the President of Pakistan after consulting the Chief Justice of this Court. Of the 8 judges, 3 are required to be Ulema who are well versed in Islamic law. The judges hold office for a period of 3 years, which may eventually be extended by the President.
If any part of the law is declared to be against Islamic law, the government is required to take necessary steps to amend such law appropriately. The court also exercises revisional jurisdiction over the criminal courts, deciding Hudood cases. The decisions of the court are binding on the High Courts as well as subordinate judiciary. The court appoints its own staff and frames its own rules of procedure.

Currently all four provinces; Punjab, Sindh, Khyber Pakhtun Khwah and Baluchistan have High Courts. After the approval of 18th Constitutional Amendment in April 2010, a new High Court is established at Federal Capital Islamabad with the name of Islamabad High Court. Judges appointments are proposed by a Parliamentary Commission.
In addition, there are special courts and tribunals to deal with specific kinds of cases, such as drug courts, commercial courts, labor courts, traffic courts, an insurance appellate tribunal, an income tax appellate tribunal, and special courts for bank offences. There are also special courts to try terrorists. Appeals from special courts go to high courts except for labor and traffic courts, which have their own forums for appeal. Appeals from the tribunals go to the Supreme Court.

A further feature of the judicial system is the office of Mohtasib (Ombudsman), which is provided for in the constitution. The office of Mohtasib was established in many early Muslim states to ensure that no wrongs were done to citizens. Appointed by the president, the Mohtasib holds office for four years; the term cannot be extended or renewed.

The Mohtasib’s purpose is to institutionalize a system for enforcing administrative accountability, through investigating and rectifying any injustice done to a person through maladministration by a federal agency or a federal government official. The Mohtasib is empowered to award compensation to those who have suffered loss or damage as a result of maladministration. This institution is designed to bridge the gap between administrator and citizen, to improve administrative processes and procedures, and to help curb misuse of discretionary powers. 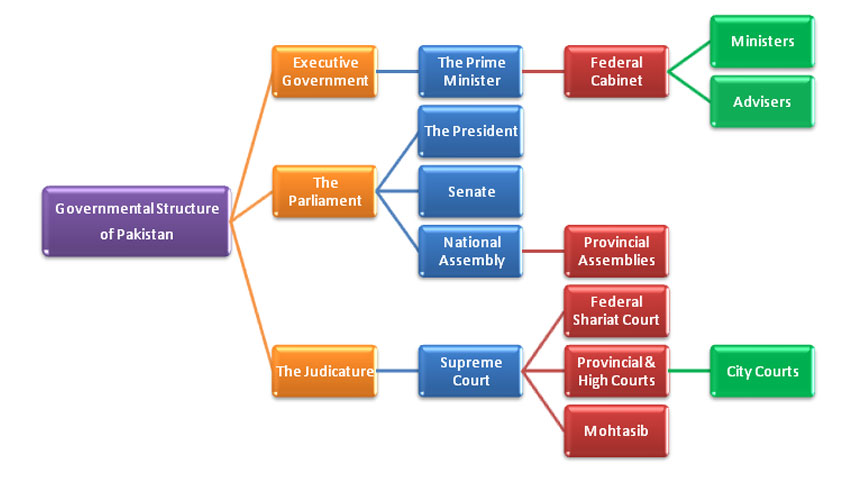 English Grammar Test Fill in the Blank with Suitable Answer